The New Süd - A commitment to continued growth at NürnbergMesse 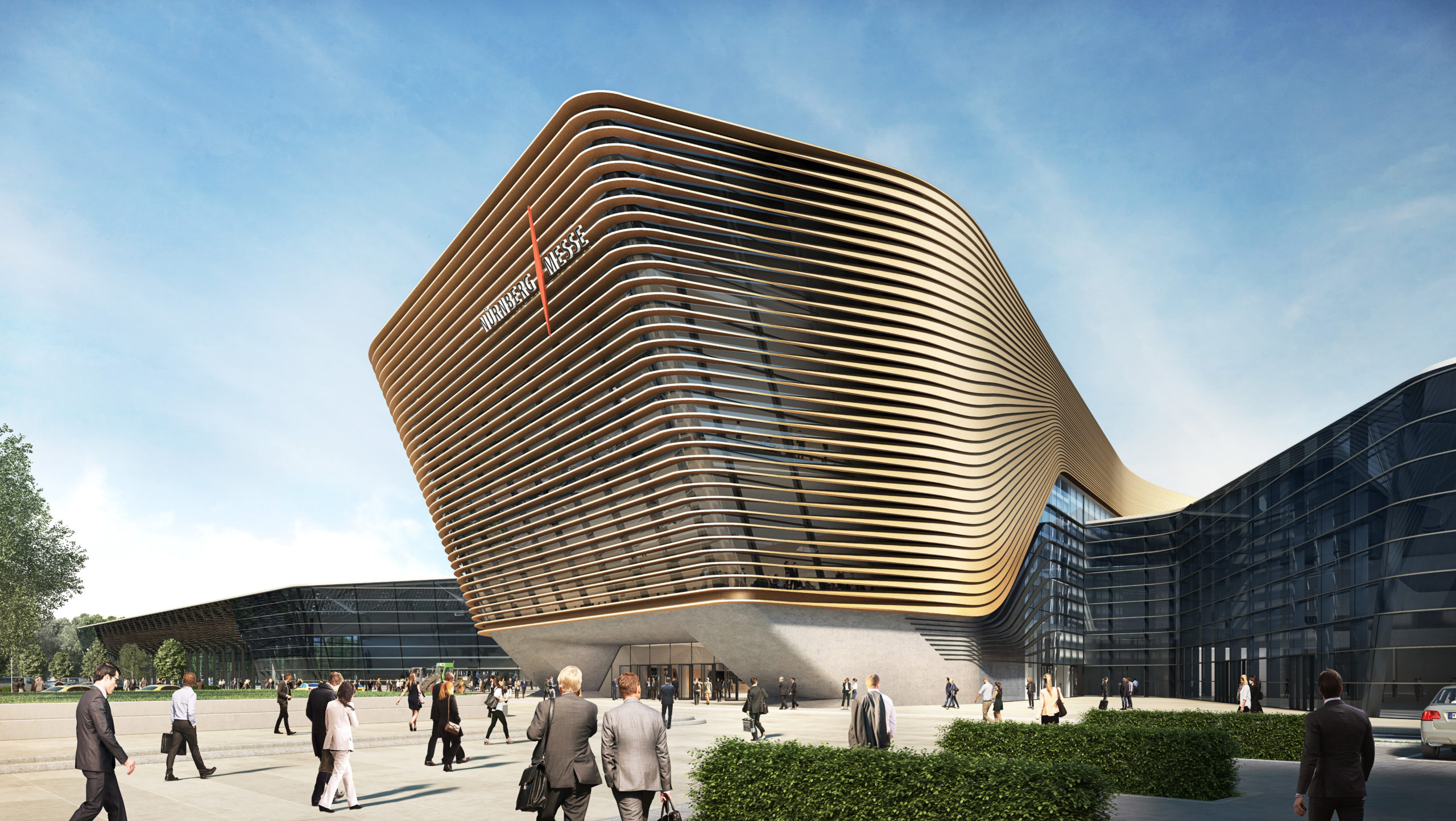 Kick-off for the new NCC Süd

According to NürnbergMesse CEO Dr Fleck, the new NCC Süd will be the fourth Convention Center at the site, and will form the heart of the future “The New Süd” complex, which will be flanked by the neighbouring Exhibition Halls 3A and 3C. “The New Süd” will provide around 32,000 m2 of gross exhibition space in all – helping to meet customers’ urgent need for closely interlinked trade fairs and conventions. As has already been the case for the successful Halls 3A and 3C, NCC Süd will also aim for certification from the German Sustainable Building Council, the DGNB – because sustainability has been a very high priority at NürnbergMesse for years. The interior of the building will be “bright, friendly and modern”, and the company intends NCC Süd to spark a “desire to visit trade shows and conventions in Nuremberg”, Fleck believes. The new NCC Süd is the striking capstone of a complex totalling some 400 metres in length – designed by Zaha Hadid Architects, as the two CEOs remark with a twinkle, resorting to their best German-infused English. For the period from 2014 (completion of Hall 3A) to 2024 (completion of NCC Süd), the total investment for “The New Süd” is expected to be some EUR 300 million.

Total investment for 2020-2027: EUR 500 million for real estate and infrastructure

Today’s announcement by NürnbergMesse’s joint CEOs about the new NCC Süd also represents the largest single investment in the NürnbergMesse Group’s forward-looking program for real estate, infrastructure and innovation, first announced back in 2017. Expenditures on real estate and infrastructure for the remaining 2020-2027 period alone are expected to come to EUR 500 million. “One thing we’re certain of: our forward-looking program will help keep Nuremberg a successful player in the Champions League of the world’s largest exhibition companies.”